ngDonut is a tiny Angular and D3 component which renders a donut graph – which is capable of animation when the values change! 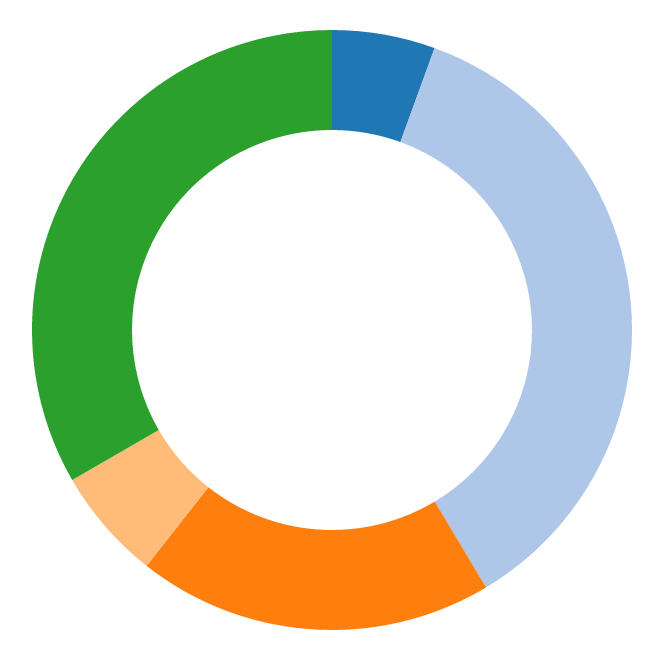 All that you need to do to begin is add the donut node to the DOM and attach your dataset using the ng-model attribute:

myDataset should be defined as an array of values:

You should define your colours attribute as an array of possible colours – otherwise ngDonut will utilise D3's ordinal colours.

Often you'll wish to pass more complex models to ngDonut which will allow you to create a relationship between the visualised data and the raw data – in these cases you'll want to pass your entire models, which may look something similar to the following:

You can simply pass the aforementioned array into the donut node using the ng-model attribute – however you'll also need to provide the property attribute to notify ngDonut which property to use for the values:

With this the donut will be created as normal, but ngDonut will be using your full models which is especially useful for events.

When a user mouses over an arc in the donut – or when they move their mouse out — or even click on an arc — then it is nice to respond to that with perhaps a tooltip. Thankfully ngDonut supports the following mouse events:

As an example we'll use the mousemove mouse event which you'll need to configure on the donut node:

From there you can safely configure your scope method which will be invoked:

Please take a look at the tooltip example in Application.js for how to create a tooltip using the mousemove and mouseleave events.